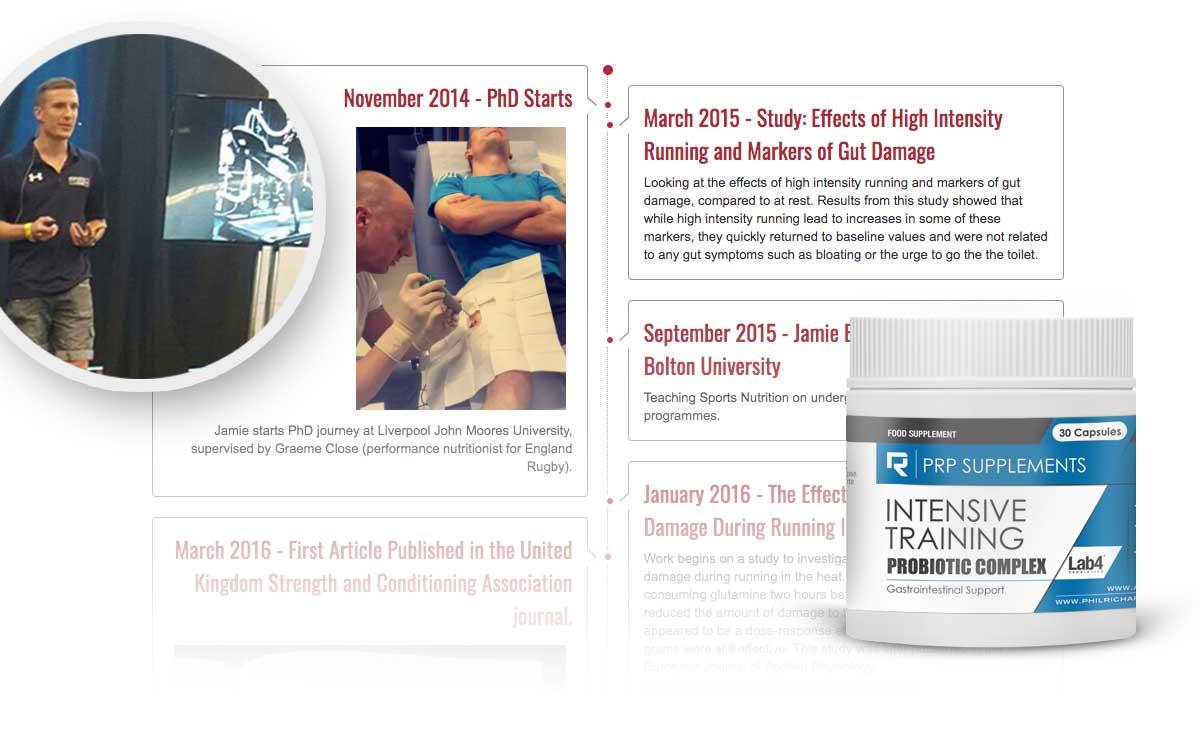 Over the last two years, the LAB4 Probiotic strains have been used in two studies that have looked at their effect in endurance athletes.

The first looked at whether probiotics could help increase the amount of carbohydrate used during exercise. Many people will take on gels and sports drinks during endurance exercise. This can accumulate in the gut and lead to gut discomfort. This study showed that in cyclists consuming a carbohydrate sports drink, probiotic supplementation increased their ability to use the carbohydrate drink.

In the second study, recreational runners supplemented with probiotics (or placebo) for 28 days before completing a marathon race. the probiotic saw reductions in gut symptoms during the weeks leading up to the race. They also reported less severe symptoms such as bloating and the urge to go to the toilet, during the marathon itself. This, in turn, saw that, compared to placebo, the probiotic group were able to maintain their speed at the end of the race, while the placebo tended to slow down.

Below we have put together all the research and studies that have been done on the Intensive Training Probiotic over the last 4 years. The results are pretty amazing... 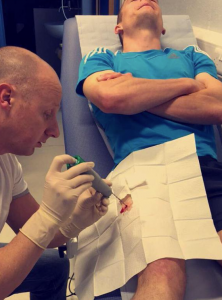 Looking at the effects of high intensity running and markers of gut damage, compared to at rest. Results from this study showed that while high intensity running lead to increases in some of these markers, they quickly returned to baseline values and were not related to any gut symptoms such as bloating or the urge to go the the toilet.

Work begins on a study to investigate the effect of glutamine on gut damage during running in the heat. The results showed that consuming glutamine two hours before a one hour run in the heat reduced the amount of damage to the gastrointestinal tract. There appeared to be a dose-response effect, but doses of around 10-15 grams were still effective. This study was later published in the European Journal of Applied Physiology. 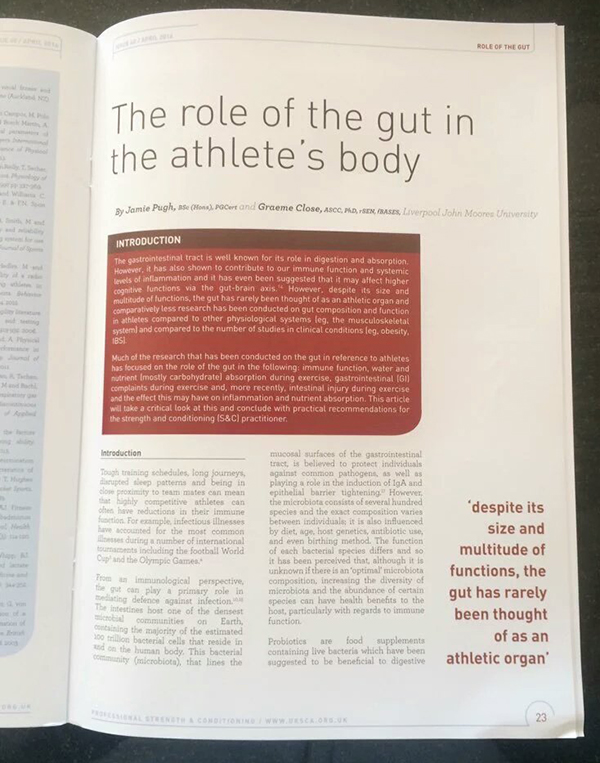 In this article Jamie discussed the current state of information in regards to the gut in elite athletes and future directions for research. 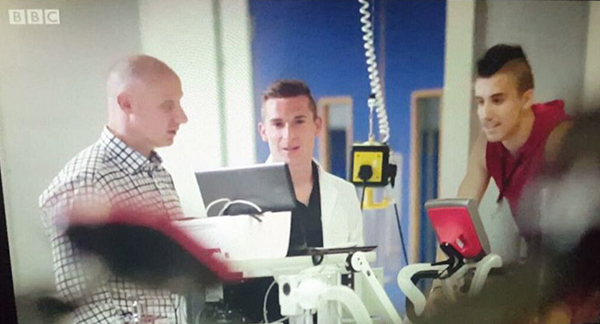 Assisting on BBC’s The Truth About Healthy Eating, Jamie helped a small study that looked at the effects of different breakfasts. The results? Breakfasts higher in protein, and lower in sugar content lead to lower feelings of hunger and increased satiety - you were more likely to get through to lunch-time without wanting something else to eat. 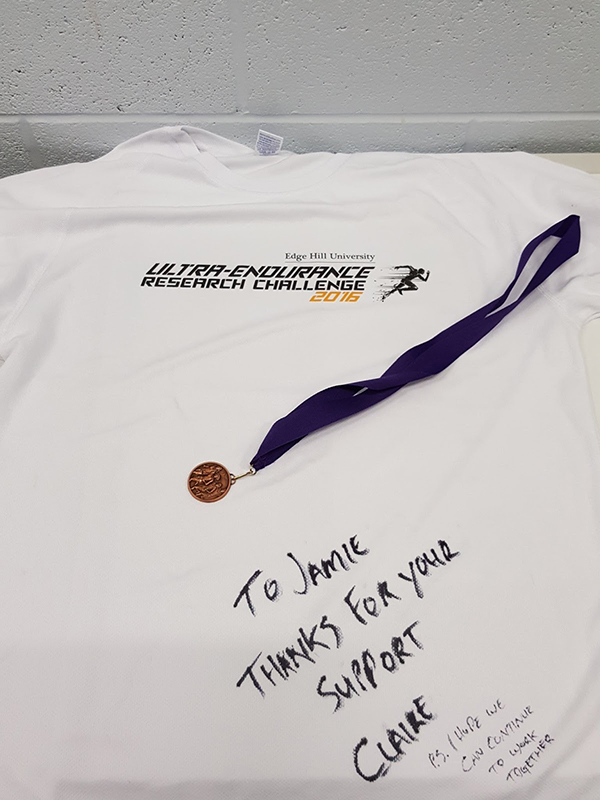 Working in collaboration with Edge Hill University to look at the food choices of Ultramarathon runners during a race. The results of the study are still being written up, but the general trend saw Ultra runners start by eating sweet foods but, as the race progressed, they tended to select savoury choices like pretzels and potatoes. 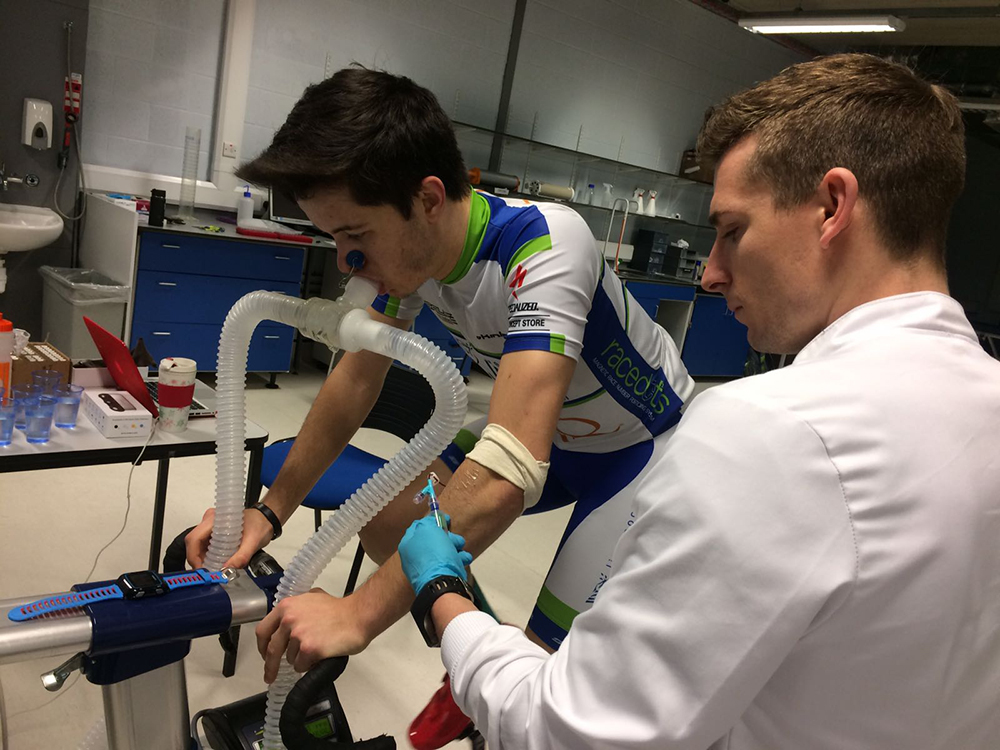 Work starts on study looking at the effects of probiotics on exercise metabolism. Jamie has since presented this work at two major international scientific conferences and has shown that probiotic supplementation increases your ability to use carbohydrate that you consume during exercise. 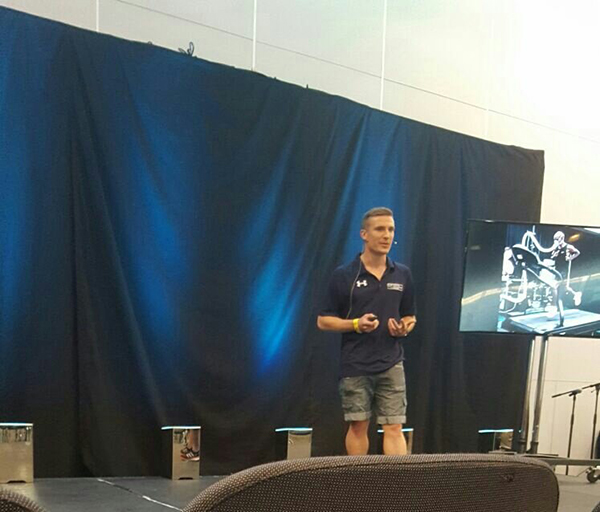 During this final PhD study, Jamie looked at the effects of probiotic supplementation on gut symptoms in marathon runners. The results have not yet been published, but those in the probiotic group suffered less severe symptoms during training and during the marathon. This also showed for the first time that probiotics could improve endurance performance as those in the probiotic group slowed down less at the end of the race, compared to the placebo group.

October 2017 - Article Published in the British Journal of Sports Medicine

December 2017 - Study: The effects of Glutamine on Markers of Gut Damage During Exercise in the Heat

The effects of glutamine on markers of gut damage during exercise in the heat. This study showed that a single dose of around 10-15 g of glutamine, 2 hours before exercise, can reduce the measures of gut damage. While this might be higher than typical daily doses, it could be a strategy to consider for anyone participating in a big endurance event, particularly in the summer months.

The hard work is over (for now). PhD thesis submitted.