Want The Right Ingredients For Your Workout? 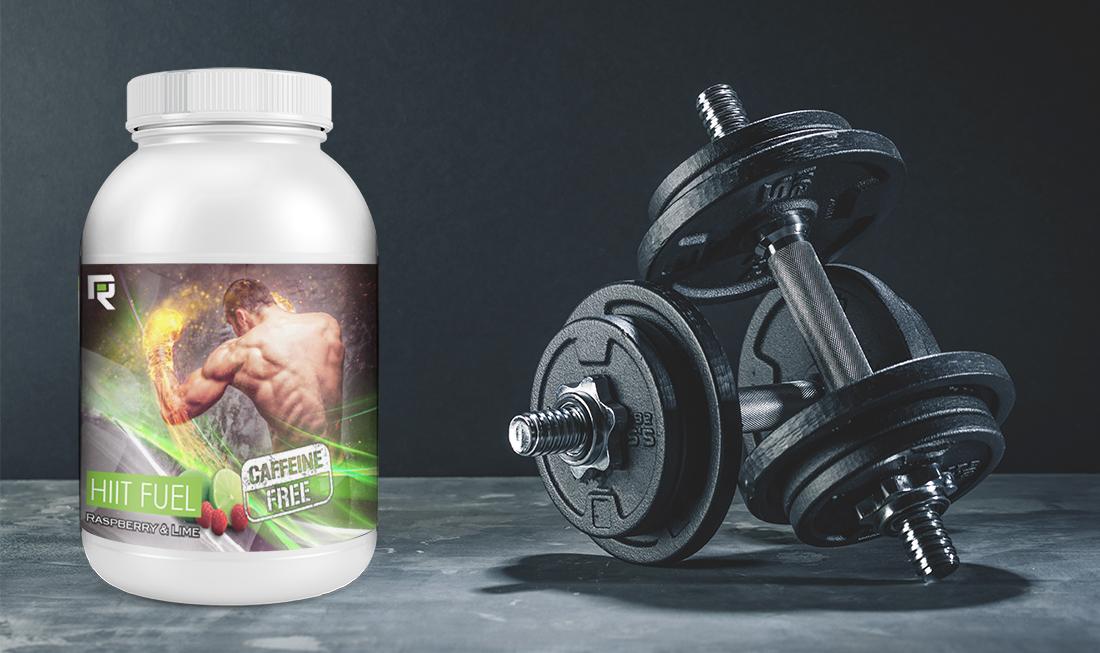 HIIT fuel was designed as a workout shake with a really effective mix of nutrients aiming to take your energy and focus to another level. The feedback we get from our customers is that it also helps recovery after exercise and reduces soreness. Isn’t that WIN:WIN?

This product is to be generally consumed by active individuals, regardless of gender or age*, making our HIIT Fuel suitable for anyone taking part in intense training or exercise.

Branch Chain Amino Acids (BCAAs) are the building blocks of protein, which are included among the nine essential amino acids. These are essential because the human body cannot produce them and must acquire them from protein food sources.
The BCAAs, leucine, isoleucine and valine comprise nearly 35% of the amino acids making up your skeletal muscle. The main function of BCAAs is to stimulate protein synthesis, which is the process of building proteins by the cells within the body.

Medium Chain Triglycerides (MCT’s) are a form of high saturated fatty acid that naturally occurs in coconut oil and palm kernels, but unlike long-chain triglycerides (LCT’s) which are found in most foods, MCT's are easier to digest. When MCT’s are consumed they get absorbed differently than other fatty acids as they get absorbed into the blood stream and get transported to the liver to provide your body with quick and direct energy.

L-Glutamine is a non-essential amino acid, but that doesn’t mean it’s not beneficial. When you exercise, your body break down amino acids in your muscles, this is called catabolism, and because glutamine is one of the most abundant amino acids within the body, the levels of glutamine can be significantly depleted after exercise, making the restoration of this amino acid that got diminished during your workout essential.

Creatine is naturally produced in the human body, but can also be obtained through a dietary source such as fish and meat. However, you would require you to consume excessive amounts to achieve the amount found in supplements generally. Creatine Monohydrate has been shown to increase physical performance in successive bursts of short-term, high-intensity exercise and is ideal for sports which require high-intensity, explosive movements such as bodybuilders, powerlifters and sprinters.

Vitamin C (Ascorbic Acid) is a water-soluble vitamin, which means the body doesn’t store this vitamin. This vitamin is necessary for the growth, development and repair and supports the bodys natural defences. It is involved in many body functions, including the formation of collagen, the immune system, wound healing, and the maintenance of cartilage, bones, and teeth.

Beta Alanine is one of the naturally occurring beta amino acids, although it's non-essential it has quickly become anything but non-essential in the worlds of performance nutrition and bodybuilding.  This is a modified version of the amino acid alanine and works with L-Histidine to help increase Carnosine concentration in the skeletal muscle. Beta-alanine is also famous for producing tingling and flushing effect on the skin which is a perfectly normal reaction by the body and not harmful, it's been considered to be motivating by some individuals.

Taurine is often referred to as an amino acid, but it’s actually an amino sulfonic acid, as it’s a by-product of the sulphurous amino acids cysteine and methionine. It is a naturally occurring chemical that can be found throughout the body but can also naturally found in some food sources as well, such as eggs, milk, seafood, and meat. This is found to be a higher level of concentration in certain parts of the body such as the eyes, central nervous system, and skeletal muscles.

Caffeine is a popular pre-workout ingredient since caffeine as we know it is a powerful stimulant, mostly known for its ability to provide a boost of energy and increase mental alertness.

(This ingredient is excluded in the caffeine-free version of this product.)

BioPerine® is a patented extract obtained from black pepper (Piper nigrum) standardised minimum to 95% Piperine. Black pepper has been used in human diet from ancient times and is one of the most widely used spices throughout the world. It has also been used in various traditional medicines, preservatives and health supplements.

Trimethylglycine or TMG is also more commonly referred to. As the name implies it is a trimethyl derivative of the common amino acid glycine. TMG is commonly found in our diet in beets (that’s where the name betaine came from), whole grains, spinach and shellfish.

Arginine Alpha-Ketoglutarate (AAKG) is a salt of the amino acid arginine and alpha-ketoglutaric acid and plays an important role in nitric oxide (NO) activity and circulatary system.

Tyrosine is considered a non-essential amino acid and is formed from phenylalanine in the body. L-tyrosine is a precursor of Dopamine.