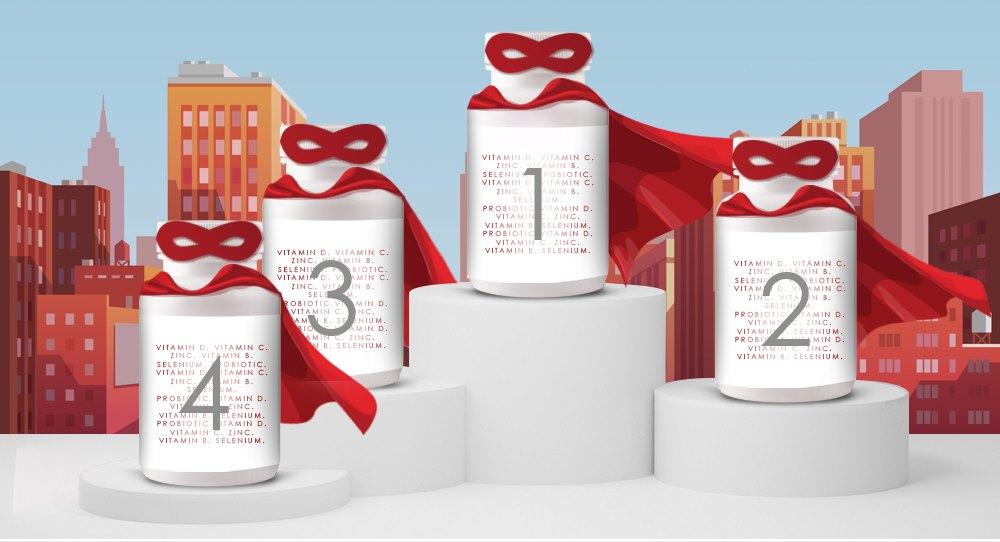 To help you navigate some of the different supplements in the range, we have listed 4 Supplement Super Heroes for the whole family.

These come from our recent podcast episode with Dr Nigel Plummer. We have summarised Nigel’s top 4 nutrients for the immune system and some of the reasons why. In the episode, Nigel also spoke at lengths about how the immune system works and other lifestyle factors that can impact our susceptibility to illness.

In order of effectiveness, the results may surprise you...

Perhaps the most well-known nutrient when we think about coughs, colds, and immune function. It has long been known that extreme deficiency can cause scurvy, but what is maybe less well known is that vitamin C is required for collagen production. Collagen is one of the proteins responsible for maintaining the barriers to external pathogens. If the barrier is impaired, you increase your susceptibility to infectious pathogens.

There is also a vicious circle. Vitamin C is needed by our white blood cells. So, if we become ill, we deplete our own stores of vitamin C, and then become more susceptible to illness again. Vitamin C has not always been found to reduce or risk of becoming ill but has been shown to reduce how long we are ill for, as well as the severity of the symptoms that present. 100-200mg per day has been shown to be a reasonably prophylactic dose.

If you increase your vitamin C intake to 1000-2000 mg per day, studies have shown that this reduces the duration of symptoms by around 20%.

10mg per day has been shown to reduce the incidence of coughs and colds, although the evidence is not robust. However, if you begin to supplement with 20-30 mg of zinc at the onset of illness, this has been shown to reduce the duration of symptoms by 30%. So, you do not necessarily need to supplement every day, only when you begin to experience symptoms.

If you begin to supplement with 20-30 mg of zinc at the onset of illness, this has been shown to reduce the duration of symptoms by 30%.

Zinc is important for the formation of white blood cells. An insufficient intake of zinc, you then have less capacity to produce these immune cells. It is estimated that 30% of the world’s population does not intake sufficient levels of zinc. This is seen particularly in the ageing population.

Vitamin D has almost become the “super vitamin” over the last few years. Beyond it’s well-known role in bone health, we now know that every cell within the body has a vitamin D receptor. So, when it has become more and more established that vitamin also plays a role in immune function, including the production and efficiency of our white blood cells.

Unlike vitamin C and zinc, which have better evidence that they reduce the duration and severity of illnesses but have limited effect on our susceptibility to getting ill in the first place, vitamin D has been shown to reduce our risk of becoming ill at all.

This reduction in illness incidence has been shown to be around 15%. During winter, 30-40% of UK adults are deficient or insufficient in vitamin D levels. Even during the summer, around 15% of us are still within this category - hence why the UK government recommends supplementation.

During winter, 30-40% of UK adults are deficient or insufficient in vitamin D levels.

We have written extensively about probiotics before (head over to the locker to find some more articles).

A true supplement superhero for the whole family. Using the Lab4 probiotics, there have been some large trials undertaken to examine the effects on coughs and colds in children (3-6 years old).

While this is something that is not always seen with supplement studies, this study has recently been replicated - and the results were shown once more.

In adults, a recent study using Lab4 found 30% reduction in the incidence of illness as well.

What’s remarkable about these results, is that these numbers are greater than those seen with all of the other nutrients mentioned. So perhaps we are beginning to see a new player in the immune health world for adults and children. 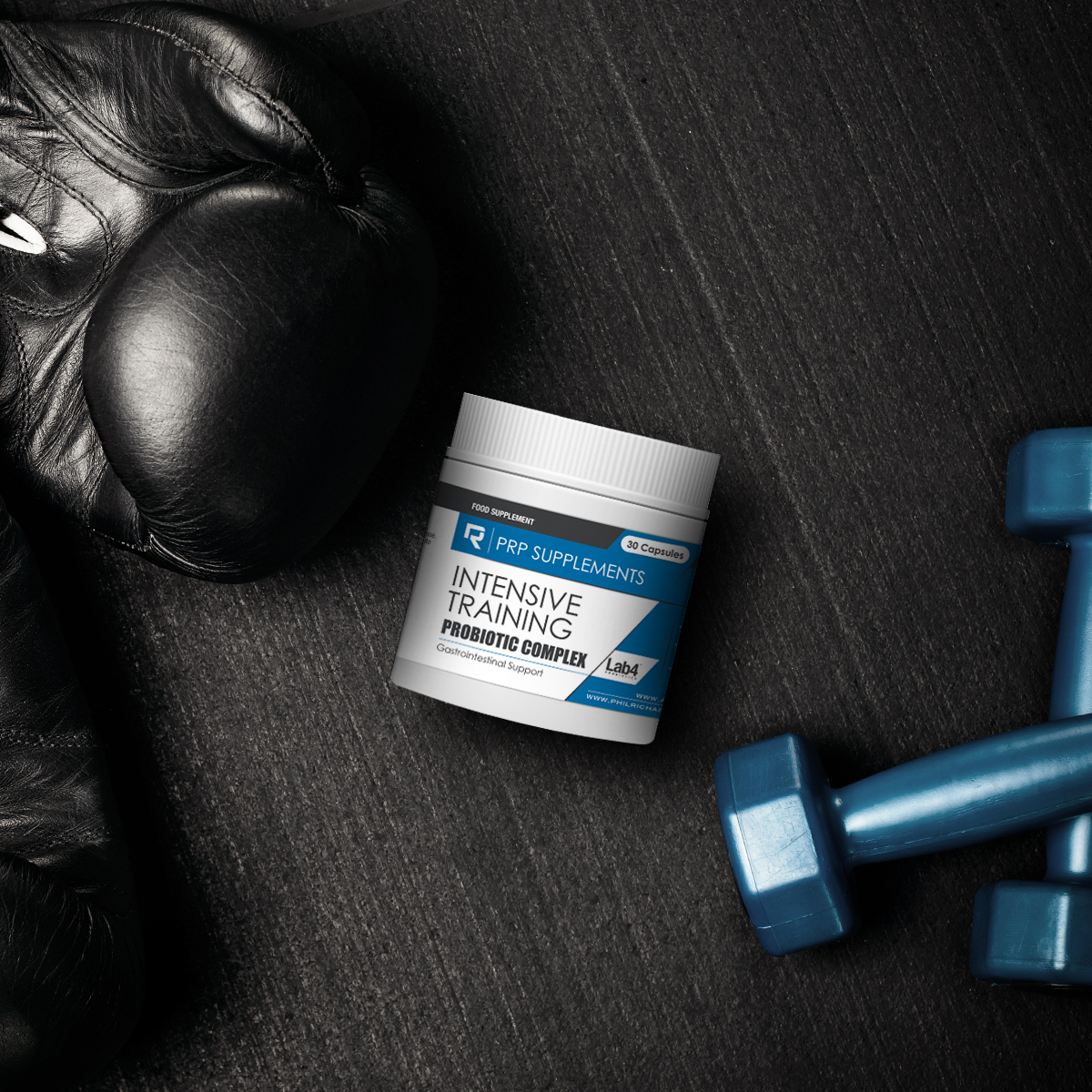 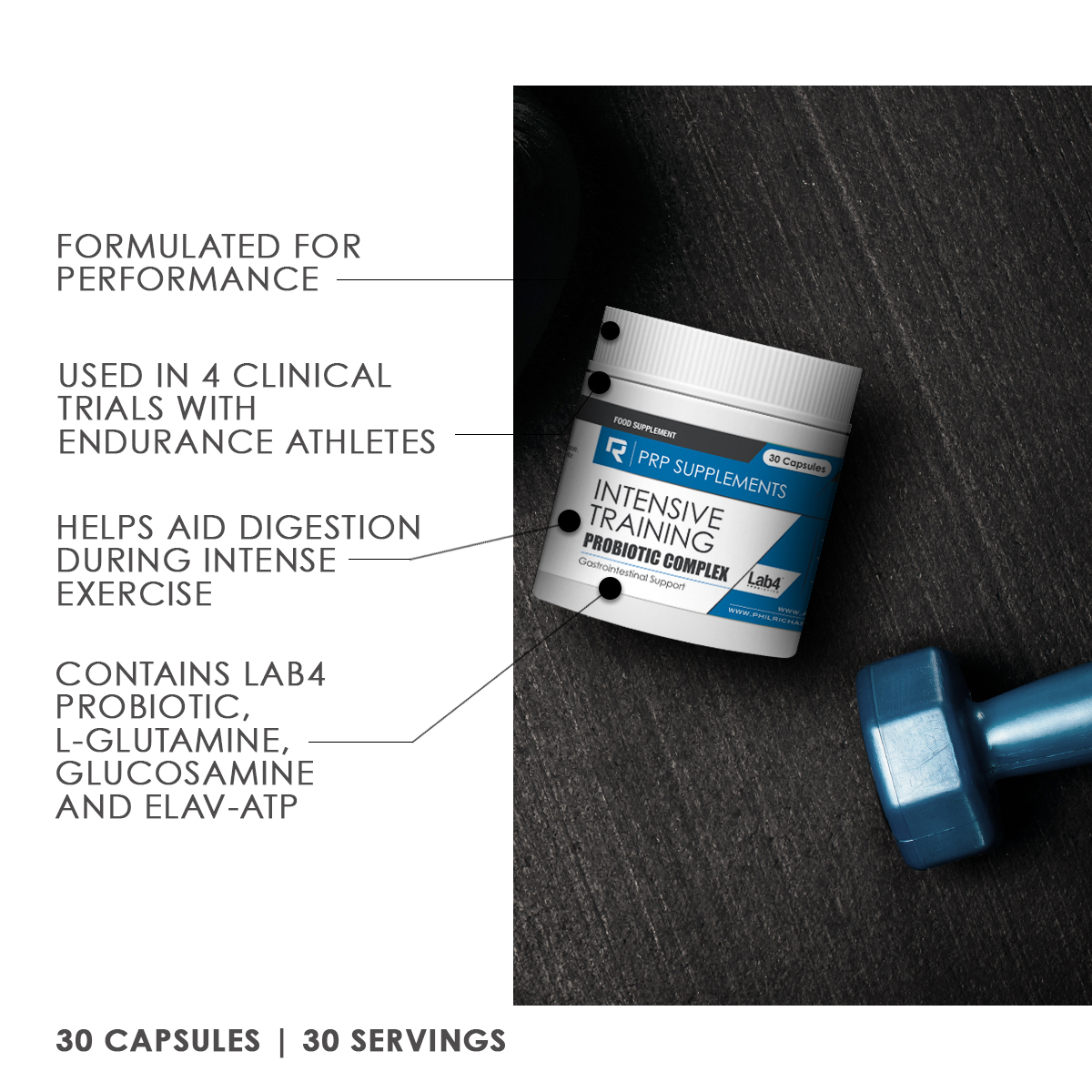