This entry was posted on 19th August 2014 by PRP Supplements. 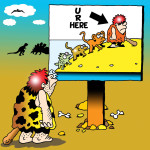 Somewhere in the evolutionary backwoods of the brain, something unprecedented happened in the story of life on earth. The human brain changed and was suddenly able to compute, manage and store information like never before. Why did this happen? Scientists think they have found the answer:-

Human life first originated in the sea, where there was an abundance of omega-3 fatty acids – the same fatty acids that now form the essential components of our eyes’ photoreceptors and our brain’s cell membranes. As time went on, flowering seed plants appeared and with them a brand new fatty acid family was introduced. The seed oils of these plants contained what we call omega-6 fatty acids. For the first time, the omega-3 and omega-6 fatty acid families existed on earth together and apparently this opened the door for an entire new set of species to arrive that would develop bigger brains.

How did the new species develop bigger brains? Human beings are thought to have lived on earth for millions of years, however the big brain change happened only in the last 200,000 years or so. What could have caused the change in human brains? And why did some human brains change and others stay the same? Could it have been what they ate?

The puzzle of the big brain change involved scientists putting together pieces that, at first look, had no relation. The first piece of the puzzle involved discovering early human populations that demonstrated greater intelligence. They found evidence in the East African Rift Valley and on the southern Cape of South Africa. The second piece of the puzzle was the discovery that docosahexaenoic acid (DHA) was a large contributor to brain growth. The third piece was the discovery that DHA was found in seafood. When scientists put all the pieces together they found that the early humans who lived near water sources and ate seafood experienced the big brain change!

People collecting shellfish could have easily provided themselves with a plentiful source of brain specific nutrition, and their children would have naturally participated in the exploitation of this extremely rich resource. There must have been enough omega-3 and omega-6 fatty acids available in their diet to provide many generations with fuel for fetal/infant development as well as childhood and adult needs for the cardiovascular system and the brain.

Dr Donald Rudin, author of “The omega 3 phenomenon”, has estimated that, over the past seventy five years, we have reduced our omega 3 fatty acid consumption by 80%. This explains why we are getting dumber, fatter and sicker. You must fully understand that without EPA & DHA primarily derived from fatty fish (salmon, mackerel, sardines, anchovies and tuna), or pharmaceutical grade fish oil, your brain cannot function at full efficiency; it is 100% IMPOSSIBLE.

So, if you want to avoid taking a backward step in brain evolution, make sure that you are getting the ratio of omega-3 and omega-6 by reducing your intake of vegetable oil and processed foods and increasing your intake of omega-3 either through oily fish or through a fish oil supplement (such as the Ultimate Fish Oils)

Episode #7: Nigel Plummer – What You Need To Know Before Buying A Fish Oil 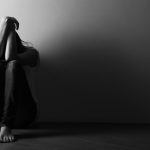 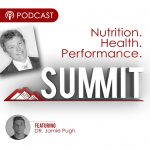 Episode #7: Nigel Plummer - What You Need To Know Before Buying A Fish Oil 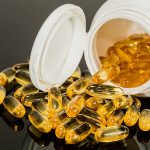 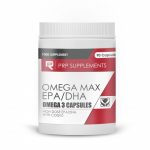 This entry was posted in Research: The Science on 19th August 2014 by PRP Supplements. ← Previous Post Next Post →